Types of Abrasive Blastings and Their Difference 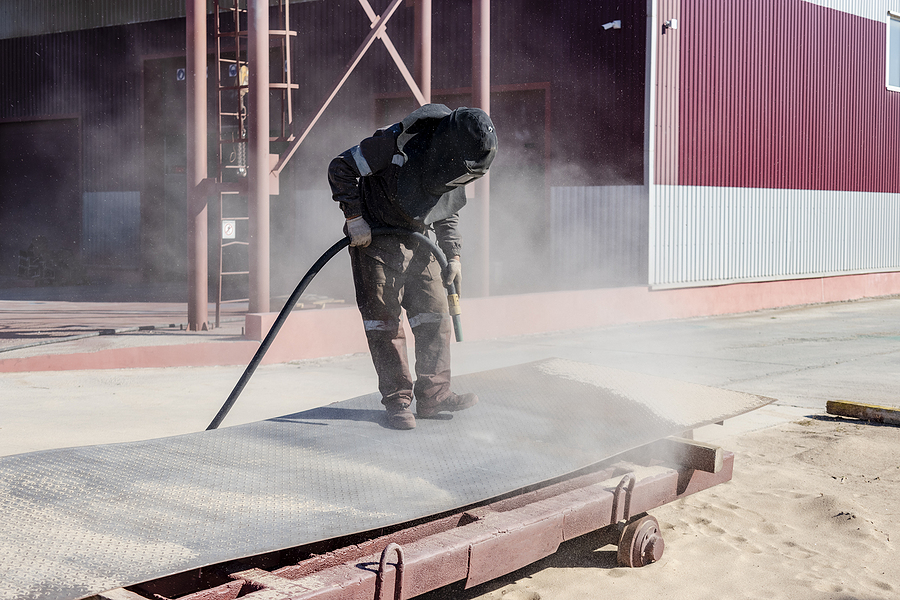 08 Feb Types of Abrasive Blastings and Their Difference

Posted at 00:40h in General by George 0 Comments
0 Likes
Share

Abrasive blasting, also known as sand blast cleaning, is a surface treatment procedure that is extensively utilized in a broad range of industries and for a number of various applications. Compressed air is used to propel an abrasive medium via a blasting nozzle, which is then used to clean the surface of a surface treated with it. The kind of abrasive that is applied depends on surface treatment that is desired.

When it comes to the design of abrasive blasting operations, media selection is a critical consideration. The diverse media types have varying hardnesses, shapes, and densities, and each is available in a variety of particle sizes to meet the needs of different applications. Many times, sample preparation is required in order to lock in the final media type and size, and this might take many days

There are many types of abrasive blasting equipment utilized in different industries. The kind of machine that is used is determined by the surface treatment that is given as well as the final application of the component.

Historically, abrasive blasting has been seen as a “low-tech” procedure, which is referred to as “sand blasting” informally. Modern abrasive blast cleaning, on the other hand, is an essential procedure that is used not only to prevent corrosion but also to prepare surfaces for high-performance coatings and to treat finished items so that they have the sheen and surface texture that are wanted by retail customers.

Bead blasting is an abrasive blasting technique that employs glass beads and is often performed at a lower air pressure. Glass bead blasting is most often used for cleaning, deburring, and peening metal surfaces, among other things. Painting, corrosion, and rust may all be removed from metal using glass beads without leaving any embedded material behind.

Beads may be utilized in both dry and wet blasting applications. The finish produced by bead blasting is clean and brilliant, with a slightly wrinkled appearance. If you utilize smaller glass beads, you will get a smoother final surface as a result of their smaller size. Glass beads are non-toxic, and there is no risk of contracting silicosis from handling them because they are not made of silica.

Shot blasting is another abrasive blasting method of cleaning a surface, generally metal, by blasting it with spherical steel shot. Shot blasting produces a peening effect, which may increase the compressive strength of the surface that has been blasted.

Wet blasting was developed to address the major issue of difficulty in managing the quantity of airborne dust generated as a consequence of air blasting operations.

When used in conjunction with high air pressure, this instrument injects water into the nozzle near the exit of the abrasive being driven. The water is even combined with the abrasive ahead of time and discharged via the nozzle in certain variations of this product.

The surface is cleaned with high pressure when a combination of air, water, and abrasive particles is expelled from the nozzle in either situation. To ensure that the waste generated during this cleaning activity is adequately controlled and disposed of in accordance with applicable environmental standards,

Abrasive blasting techniques are available in a variety of configurations. Each is useful for a distinct use-case when it comes to getting rid of corrosion and rust. What is generally true, however, is that it is a lot more effective method of cleaning surfaces, as well as being much more cost-effective.